Understanding Israel: Preparing for a Trip to the Holy Land

In preparing for a trip to the Holy Land, led by our former pastor Dr. Jim Denison, the tour organizer sent us a super long recommended reading list to help us better understand Israel. Outside of the Bible, these two — The Source by James A. Michener and My Promised Land by Ari Shavit — held the top two spots. The two books below are a bit outside what I “typically” read for pleasure. However, I was interested in learning more, so I took the plunge. Here’s what I thought:

This page may contain affiliate links to products.
If you have questions about what that means, you can find it here: privacy, disclaimer, terms & conditions.

The Source by James A. Michener

Synopsis of The Source:

In his signature style of grand storytelling, James A. Michener transports us back thousands of years to the Holy Land. Through the discoveries of modern archaeologists excavating the site of Tell Makor, Michener vividly re-creates life in an ancient city and traces the profound history of the Jewish people—from the persecution of the early Hebrews, the rise of Christianity, and the Crusades to the founding of Israel and the modern conflict in the Middle East. An epic tale of love, strength, and faith, The Source is a richly written saga that encompasses the history of Western civilization and the great religious and cultural ideas that have shaped our world.

Review of The Source

Page count alone on this one is a bit overwhelming. At 1080 pages, I was reluctant to begin. I also wasn’t sure I wanted to read a historical fiction account of Israel. It took me a while to complete, but ultimately, I was happy I read it.

As perhaps only Michener could do, The Source tells the story of Israel which begins with cave-dwellers and progresses to a present-day, 20th-century community. It’s a story that unfolds through the eyes of archaeologists as they explore an ancient, albeit fictitious, tell*

His story shows the impact of modernization on the culture and steps the reader through periods of persecution and peace. It offered interesting perspectives on the people and culture through historical markers, such as Roman occupation and domination, the rise of Christianity, the Crusades and Spanish Inquisition, modern-day conflict and more.

I didn’t particularly care for some of the side narratives related to the archaeologists in the story and, seriously, 1080 pages is just too long in my opinion. However, it was a longitudinal look at the Jewish people, and that’s a LOT of history! If you have an interest in Israel or have plans to visit, I would recommend and think it tells the story of the land and its people in an interesting way.

*Fun Fact: A tell is a name for a certain type of hill. It has steep sides and a flat top. The structure plays an important role in early civilization. This site offers a quick, easy and interesting synopsis: That the World May Know | How to Tell a Tel

My Promised Land by Ari Shavit

Synopsis of My Promised Land:

We meet Shavit’s great-grandfather, a British Zionist who in 1897 visited the Holy Land on a Thomas Cook tour and understood that it was the way of the future for his people; the idealist young farmer who bought land from his Arab neighbor in the 1920s to grow the Jaffa oranges that would create Palestine’s booming economy; the visionary youth group leader who, in the 1940s, transformed Masada from the neglected ruins of an extremist sect into a powerful symbol for Zionism; the Palestinian who as a young man in 1948 was driven with his family from his home during the expulsion from Lydda; the immigrant orphans of Europe’s Holocaust, who took on menial work and focused on raising their children to become the leaders of the new state; the pragmatic engineer who was instrumental in developing Israel’s nuclear program in the 1960s, in the only interview he ever gave; the zealous religious Zionists who started the settler movement in the 1970s; the dot-com entrepreneurs and young men and women behind Tel-Aviv’s booming club scene; and today’s architects of Israel’s foreign policy with Iran, whose nuclear threat looms ominously over the tiny country.

As it examines the complexities and contradictions of the Israeli condition, My Promised Land asks difficult but important questions: Why did Israel come to be? How did it come to be? Can Israel survive? Culminating with an analysis of the issues and threats that Israel is currently facing, My Promised Land uses the defining events of the past to shed new light on the present. The result is a landmark portrait of a small, vibrant country living on the edge, whose identity and presence play a crucial role in today’s global political landscape.

Review of My Promised Land:

So I’m glad I read this one, as well. I found it incredibly insightful and informative, and it offered me a better understanding of the Zionist movement and the complex political, social, religious and economic drivers that have shaped the young Jewish nation.

While the author, who is an Israeli journalist and writer, shares his personal political views, I think he fairly accounts for the successes and failures of each side.

I’d actually recommend this book to anyone who would like to try and understand the Zionist movement and Israeli-Palestinian conflict a bit better. The history and success of the Jewish state is fascinating and complex, and it makes me even more excited about my trip.

My husband thought it was boring, and I wouldn’t necessarily disagree with him. However, I also didn’t start reading it with an expectation bent toward entertainment. Often, it felt repetitive, but for someone like me, who has a limited understanding of the political intricacies of the Middle East, I kind of appreciated that, at times.

It’s easy to get lost in the cast of characters, but personally, I feel smarter for having read the book, so maybe you will too:)

So what books do you love?
Connect with me and share some of your favorites 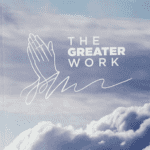 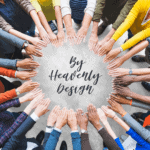 What Does It Mean to Love One Another? 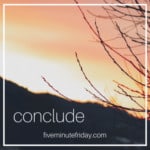 Where Have All the Christians Gone?
Politics and Faith: When “Love Your Neighbor” Feels Hard